World Ballet Series presents, Swan Lake at the Fred Kavli Theatre on Wednesday, September 14th 2022. A multinational cast of 50 professional ballet dancers, gathered from 10 countries, united by the passion for enriching classical ballet traditions through brilliant and critically acclaimed new productions of the world classics. This new production of Swan Lake is choreographed by Nadezhda Kalinina, who lovingly retouched the oldest Marius Petipa’s version of the ballet, it features Hand-painted sets and over 150 hand-sewn costumes, created by Sergei Novikov in the tradition of the great masters, and SFX makeup developed by Award-winning Irina Strukova. Get your tickets now for a breathtaking night of one of the world’s beloved ballets performed live. 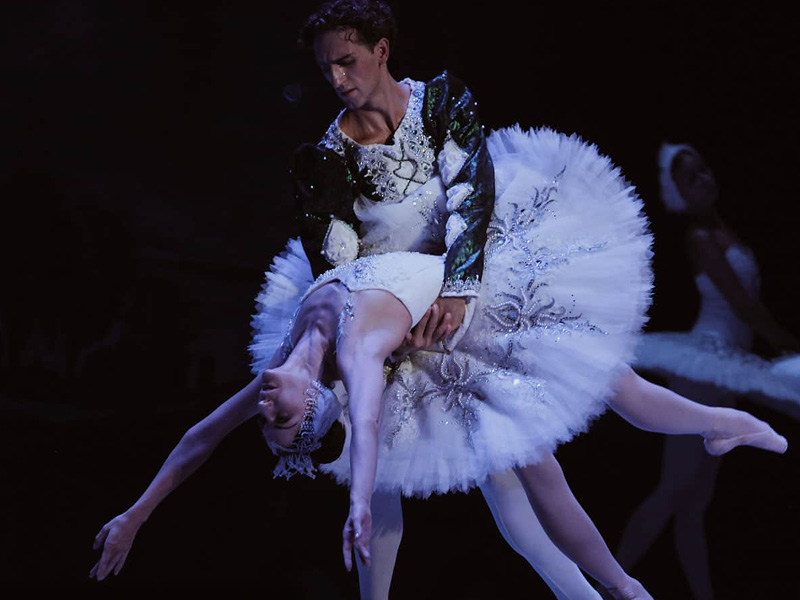 World Ballet Series is a unique concept combining the world’s beloved ballets performed live on the most celebrated stages across the nation. Swan Lake will be performed live by a multinational cast of 50 professional ballet dancers gathered to bring the most famous love story to life. See the iconic Dance of the Little Swans, count the 32 fouettés performed by the Odile and immerse yourself in the magic of Tchaikovsky's music. The Marius Petipa’s version of the ballet is considered the foundation of the classic version of this iconic ballet. World Ballet Series is a family-friendly experience accompanied by the timeless score, over 150 hand-sewn costumes, hand-crafted sets, and the most talented dancers for you to enjoy the iconic ballet.

Composed by Russian composer Pyotr Ilyich Tchaikovsky between 1875 and 1876. The ballet was initially a failure, but, has become one of the most popular ballets of all time. Throughout the performance history of Swan Lake the 1895 revival by Marius Petipa and Lev Ivanov, is the ballet companies base their stagings both choreographically and musically on. The scenario, initially in two acts, was fashioned from Russian and German folk tales and tells the story of Odette, a princess turned into a swan by an evil sorcerer's curse.