Put some dash of magic into your holidays this December 22 and immerse yourself in the grandest magic show in the world: The Illusionists Live at Fred Kavli Theater! Yes, the "Cirque du Soleil of Magic" will grace the renowned Thousand Oaks, California venue. Bring the entire family and witness a brand new line-up of tricksters, conjurers, and illusionists from the celebrated world-class magic show. The Magnificent 7-style line-up of masters will entertain, astound, and baffle all audiences as they perform their never-before-seen acts. This is no ordinary magic show and a must-see for all magic lovers! So what are you waiting for? Click that "Get Tickets" button to reserve your tickets today! 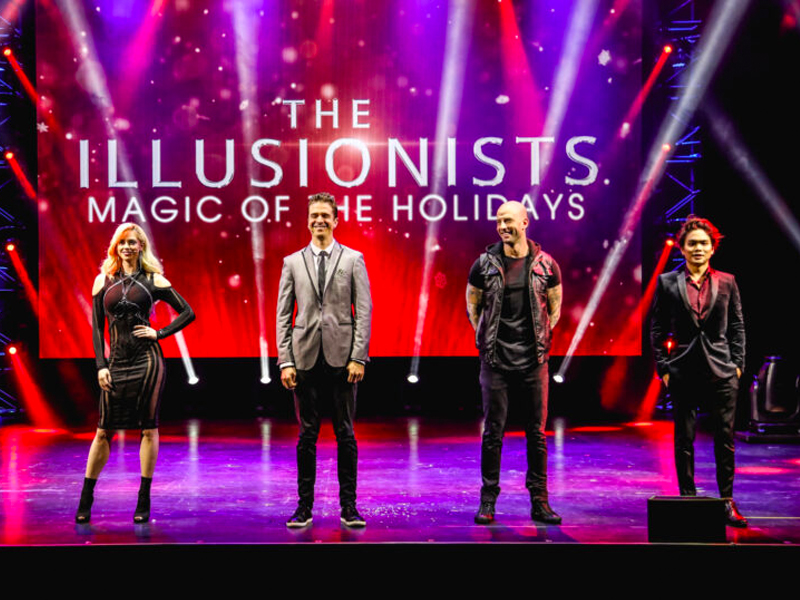 Since 2012, The Illusionists have been charming the world with their showcase of over-the-top magic performances. The show was first premiered in Sidney, and since then, they have been performing box-office shattering shows around different countries. Their most popular probably is performing back to back on Broadway from 2018 to 2020. With a rotating cast of five to eight, they boast different specializations of magic, such as stage illusions, mind reading including risky escapology.

Magic has always been a staple of entertainment since its golden age in the late 19th century up to the early 20th century. The Illusionists pay homage to that. They usually perform classic illusions and tricks but deliver them in a way that is fresh to the eyes of audiences. The show itself makes you feel like you are watching a live episode of America's Got Talent, which people love.

The cast of this show is world-renowned and among the world's best performers in their respective specialties, so if you're one of those who love to decipher how magicians pull off intricate tricks, then you will surely get stomped. Their most popular performer in the rotation is Shin Lim, winner of the 2018 and 2019 editions of America's Got Talent.

Mind-bending and sometimes scary best describes their shows, a must-watch whether you are a magic enthusiast or not. If you live close to or in Thousand Oaks, California, then you finally have the chance to see them live at the Fred Kavli Theatre on Thursday, December 22. Reserve tickets now!