Put some magic into your dull Friday night this October 7, and immerse yourself in the elite magic acts of Penn and Teller. The most famous magician duo will stop at the Fred Kavli Theatre for an unforgettable night that will surely leave the audience in awe. The magic superstars will show tricks that aren't seen before in any of their shows. Thus we can expect that this show will be nothing but explosive. After all, this is part of the duo's 45th anniversary of magic superiority. Secure your tickets for the show, prepare to be wowed by the jaw-dropping magic tricks, and be entertained by their hilarious banter on stage. If you haven't seen Penn and Teller live, this is your chance to do so. Don't miss the fun and magic! Hit the "Get Tickets" link to reserve your tickets today. 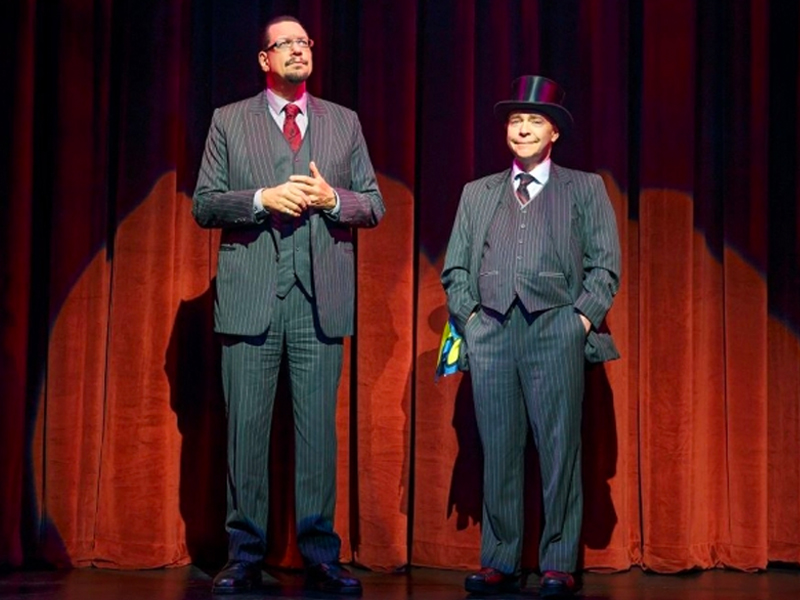 As two of the seniors in the industry of magic, Penn and Teller's name have become synonymous with magic superstardom. One must be living under a rock not to know these two OG in magic. Since the late 1970s, the enigmatic duo have been performing together and have been known for combining elements of comedy with magic in their acts.

The two had their humble beginnings in Philadelphia, busking in the streets. They went on to perform in different venues and eventually entered television because of their undeniable talent and wit. From 1985 to 1990, their shows were already receiving rave reviews, an Emmy win for their PBS special, "Penn & Teller Go Public," and a Broadway show. There is no stopping the duo from conquering the entertainment industry as they have been featured in different stage and television shows such as "Penn & Teller: Bullshit!," "Penn & Teller: Fool Us," and regular performances at The Rio in Las Vegas. The pair are the longest-running headliners in Las Vegas history to play at the same hotel. Their successful career earned them a star on the Hollywood Walk of Fame in 2013. They also received a Writers Guild of America Award and an Olivier nomination in 2020, among many others.

This year, the duo celebrates their 45th anniversary of pop culture domination in the magic and entertainment industry. They will be hitting the road this year and in 2023 for a series of shows all over the US, including Thousand Oak, California's Fred Kavli Theatre. Join the two magic superstars on October 7, Friday, and witness magic acts you've never seen before. Tickets are now available, and you can get yours here by clicking the "Get Tickets" link.