Having called themselves the "Magic Mikes" of Argentina, the sensational Malambo group, MALEVO, hailing from Argentina is making its way to thrill audiences at Fred Kavli Theatre on Friday, February 17th of 2023, for a spectacular show. These fine men amazed the judges and audiences in the eleventh season of America's Got Talent. With modern takes on the traditional Argentine folk dance, MALEVO is an unstoppable force that's set to bring Argentinian culture to the global stage. Named as an official "Cultural Ambassador to the National Identity of Argentina", MALEVO is a group you definitely can't miss out on. So, better hurry and book those tickets now! 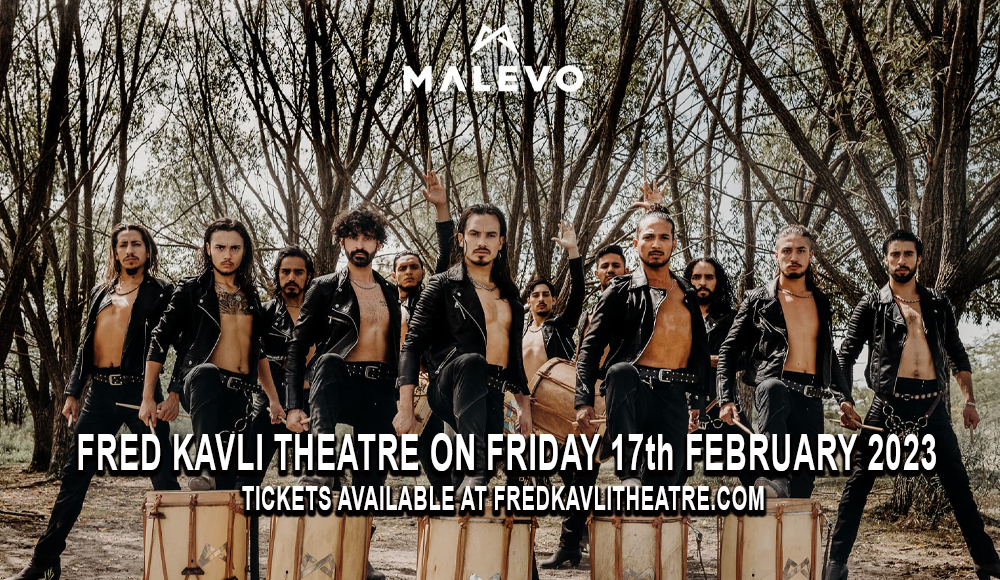 Since taking their shot at the hit TV show America's Got Talent, MALEVO has stunned audiences around the world for their unique and modern take on the traditional Argentine folk dance, Malambo. Calling themselves the "Magic Mikes" of Argentina, the all-male group has won hearts for their thrilling, hot, and show-stopping routines. Though incorporating contemporary approaches to the traditional dance, MALEVO takes high importance in retaining Malambo's cultural foundation and form. They have been named an official "Cultural Ambassador to the National Identity of Argentina" for their role in taking Argentine culture to the global stage.

MALEVO's journey wasn't all glitter and gold. The group of eight men from Argentina went through poverty, taking up various jobs in order to make ends meet. Auditioning for the eleventh season of America's Got Talent in 2016, MALEVO performed.a Malambo routine which featured tap dancing in gaucho's boots, drums, and boleadoras that all creates an astounding rhythm. All four judges voted a big "Yes".

They may have not made it to the finals of the show, but Malevo marked their hard work by being the only dance act to make it to the semifinals for that show's season. In 2019, they competed in the World's Got Talent special in China, receiving a Golden Buzzer which advanced them to the Top 8.

Since taking their leap of faith by sharing their unique take on their country's culture and heritage, MALEVO has become Argentina's pride, performing in numerous cities around the globe including Las Vegas, Dubai, New York, Paris, Cairo, etc. The group also made appearances for Cirque du Soleil and pop star Ricky Martin. They also held a one-year residency at Universal Studios Japan.

Truly a world-class act, MALEVO excellence is founded on staying true to their Argentine heritage and delivering contemporary takes on the Malambo for the whole world to see. As a premier cultural and contemporary act, you definitely can't miss out on this chance to witness MALEVO take over at Fred Kavli Theatre on February 17, 2023. Book your tickets now!