EVENT CANCELLED. Please contact your ticket point of purchase to claim a refund on your tickets.

Kick off the holiday season this year with the infectious music of the renowned a cappella singing sensation, DCappella! Join Orlando, Antonio, Morgan, Kalen, Joe, and RJ this November 13, Sunday at Fred Kavli Theatre for an exciting family-oriented concert event. Let their beautiful voices and impressive harmony delight you and the entire family as they take you through a musical journey featuring all of your favorite holiday songs. They will also perform Disney’s greatest hits from famous movies, such as The Little Mermaid, The Lion King, Beauty and the Beast, Encanto, and many more! Grab your tickets now through the “Get Tickets” link. Mark your calendars and bring the entire family because this is a show you’ll never regret attending. 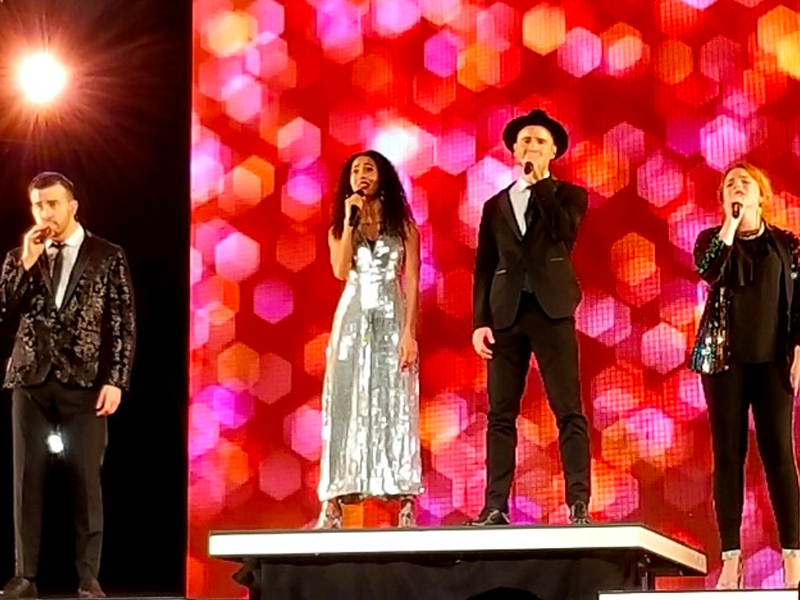 DCappella is Disney Music Group's successful a cappella ensemble composed of six equally talented members. There were initially 14 members of the group, but they were all trimmed down to their current number after a grueling process of elimination from the management. The group's current members include Orlando Dixon (Baritone), Antonio Fernandez (Vocal Percussion), Morgan Keene (Soprano), Kalen Kelly (Mezzo), Joe Santoni (Bass), and RJ Woessner (Tenor). As a group primarily known for performing Disney songs, they kicked off their professional debut in April 2018 with a cover of Fall Out Boy's "Immortal." The song was originally written for Disney's animated film "Big Hero 6."

In the same year, DCappella recorded four songs for the soundtrack of the Disney film "Incredibles 2." They also made their TV debut on the American Idol stage during Disney Night of the reality TV competition. Since then, DCappella has completed a 40-city tour in the US and Canada, and they sold out an 18-city tour in Japan. And this year, they are back for their "Deck the Halls with Disney Tour." The group will be stopping at the Fred Kavli Theatre on November 13, Sunday. This is an early kick-off to the holiday, so be sure to be there with the rest of the family. Click on the "Get Tickets" button to secure your tickets now.